While you may have seen recent stories about the volume of foreclosures today, context is important. During the pandemic, many homeowners could pause their mortgage payments using the forbearance program. The goal was to help homeowners financially during the uncertainty created by the health crisis.

When the forbearance program began, many experts were concerned it would result in a wave of foreclosures coming to the market, as there was after the housing crash in 2008. Here’s a look at why the number of foreclosures we’re seeing today is nothing like the last time.

1. There Are Fewer Homeowners in Trouble

Today’s data shows that most homeowners are exiting their forbearance plan either fully caught up on payments or with a plan from the bank that restructured their loan in a way that allowed them to start making payments again. The graph below depicts those findings from the Mortgage Bankers Association (MBA): 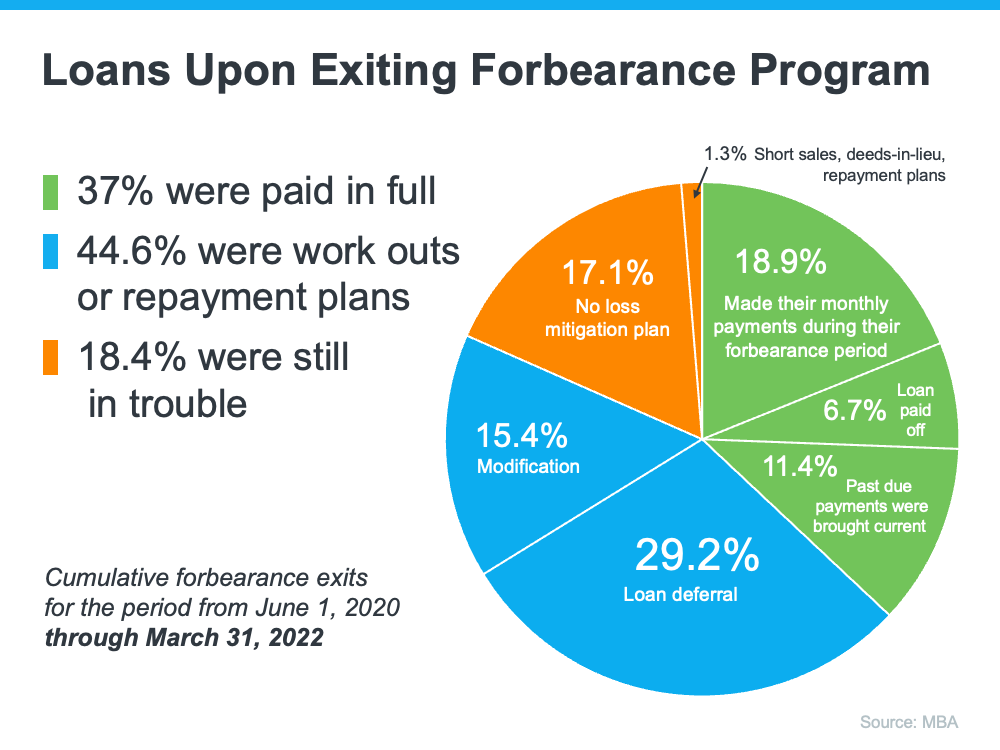 The same MBA report mentioned above estimates there are approximately 525,000 homeowners who remain in forbearance today. Thankfully, those people still have the chance to work out a suitable repayment plan with the servicing company that represents their lender.

2. Most Homeowners Have Enough Equity To Sell Their Homes

For those who are exiting the forbearance program without a plan in place, many will have enough equity to sell their homes instead of facing foreclosures. Due to rapidly rising home prices over the last two years, the average homeowner has gained record amounts of equity in their home.

“Given the nation’s limited housing inventory and the variety of home retention and foreclosure alternatives on the table across various loan types, . . . Borrowers have more choices today to either stay in their homes or sell without resorting to a foreclosure.”

3. There Have Been Fewer Foreclosures over the Last Two Years

One of the seldom-reported benefits of the forbearance program was it gave homeowners facing difficulties an extra two years to get their finances in order and work out a plan with their lender. That helped prevent the foreclosures that normally would have come to the market had the new forbearance program not been available.

Even as people leave the forbearance program, fewer foreclosures are happening today than before the pandemic. That means, while there are more foreclosures now compared to last year (when foreclosures were paused), the number is still well below what the housing market has seen in a more typical year, like 2017-2019 (see graph below): 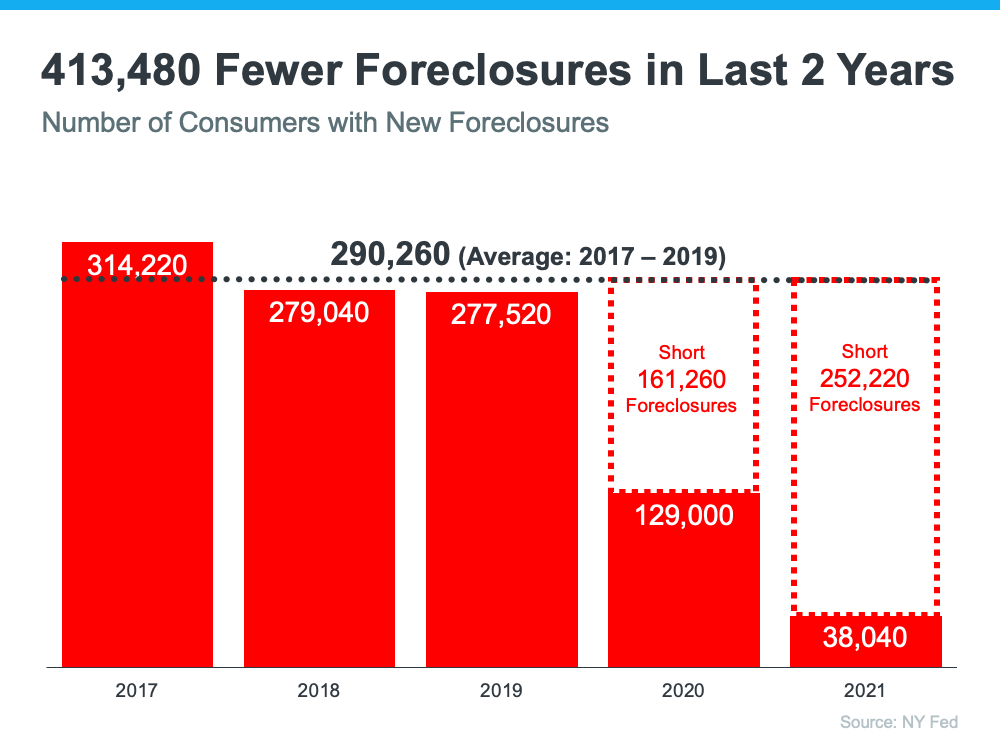 When the foreclosures in 2008 hit the market, they added to the oversupply of houses that were already for sale. It’s exactly the opposite today. The latest Existing Home Sales Report from the National Association of Realtors (NAR) reveals:

A balanced market would have approximately a six-month supply of inventory. At 2.0 months, today’s housing market is severely understocked. Even if one million homes enter the market, there still won’t be enough inventory to meet the current demand.

If you have questions, let’s talk about the latest market conditions and what they mean for you.